How to capture a value from an application under test and use it later in the script?

I have a value copied (CTRL | C) and I want to store it in a variable so that I can use it later in the script. Anyone know how to do it or is there any other work around to capture a value during the execution of the script and use it later?

I tried to do Ctrl+V to paste it before the step where it’s required, however it’s empty. 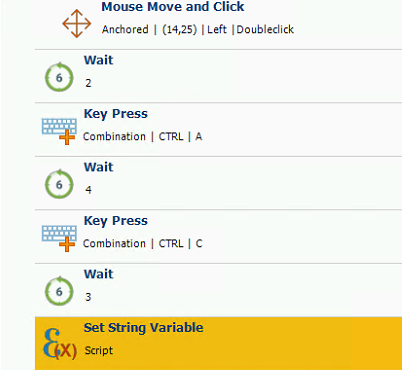 @marco23 Hi,
I think the easiest way is to use clipboard action. That’s what I use to save a value.

I agree with Jay. Use the Clipboard action to store the value in the variable. Your steps will be sth like this: 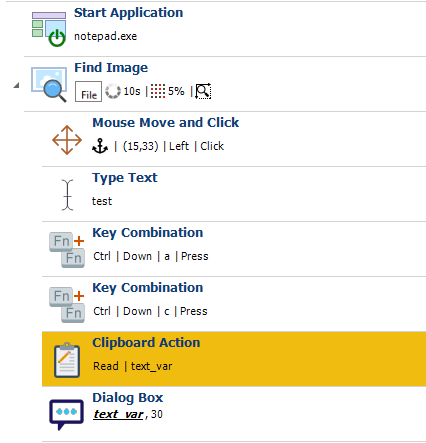 You can also use “Read Text Into a Variable” action to store the text into a variable and use it later in your scenario.